... ALL OTHER SCRIPTS MUST BE PLACED BELOW

Antonio always had a mentality, a spirit that has been open to new, while at the same time remained passionate about the traditions of his homeland.

Throughout history, the taste of the Mediterranean Cuisine has imposed itself on a universal level – much more than those of other civilizations – becoming a model, a trendsetter. In this framework the Campania region and especially the Sorrentine Peninsula and the Amalfi Coast have assumed great importance. From it’s starting point of Vico Equense to the end in Punta Campanella, the Sorrento Peninsula hosts a wide range of good, great, excellent restaurants. The Sorrento Peninsula and the Amalfi Coast chose to proceed in the path to quality food and the revaluation of the highly-appreciated local products.

A land, bathed by the sea, from which for long centuries got a lifeline for it’s economy, starting with the moments of maximum splendour of shipbuilding, the weaker times when the daily catch was the only source for the survival of numerous families to the current date when Meta became a touristic locality with it’s bathing establishments.

In this type of relationship with the sea, the Mediterranean sea, grew up Cafiero. As a child, he helped his father Mario, a renown shipwright in boatbuilding. Then followed him to the adventure of managing a bathing establishment that he inherited, unfortunately, too soon. Right there, in the routine, everyday contact in every season of the year matured his awareness of the importance of the sea for his motherland. Not only for the economy, but also for the culture. It’s no coincidence that the Mediterranean has always been the crossroads of exchanges, experiences, cultures and the knowledge of people that are different but have the same sea in common.

This awareness brought Antonio to the turning point of his life. In 1994, in the beach of Alimuri where his bathing establishment is located, he began organizing different theme nights that were based on music and the Mediterranean cuisine. In those successful gastronomic evenings, many important artists passed through Alimuri. Again, in those evenings, were to be found the seeds that eventually led to the birth of ‘La Conca’ 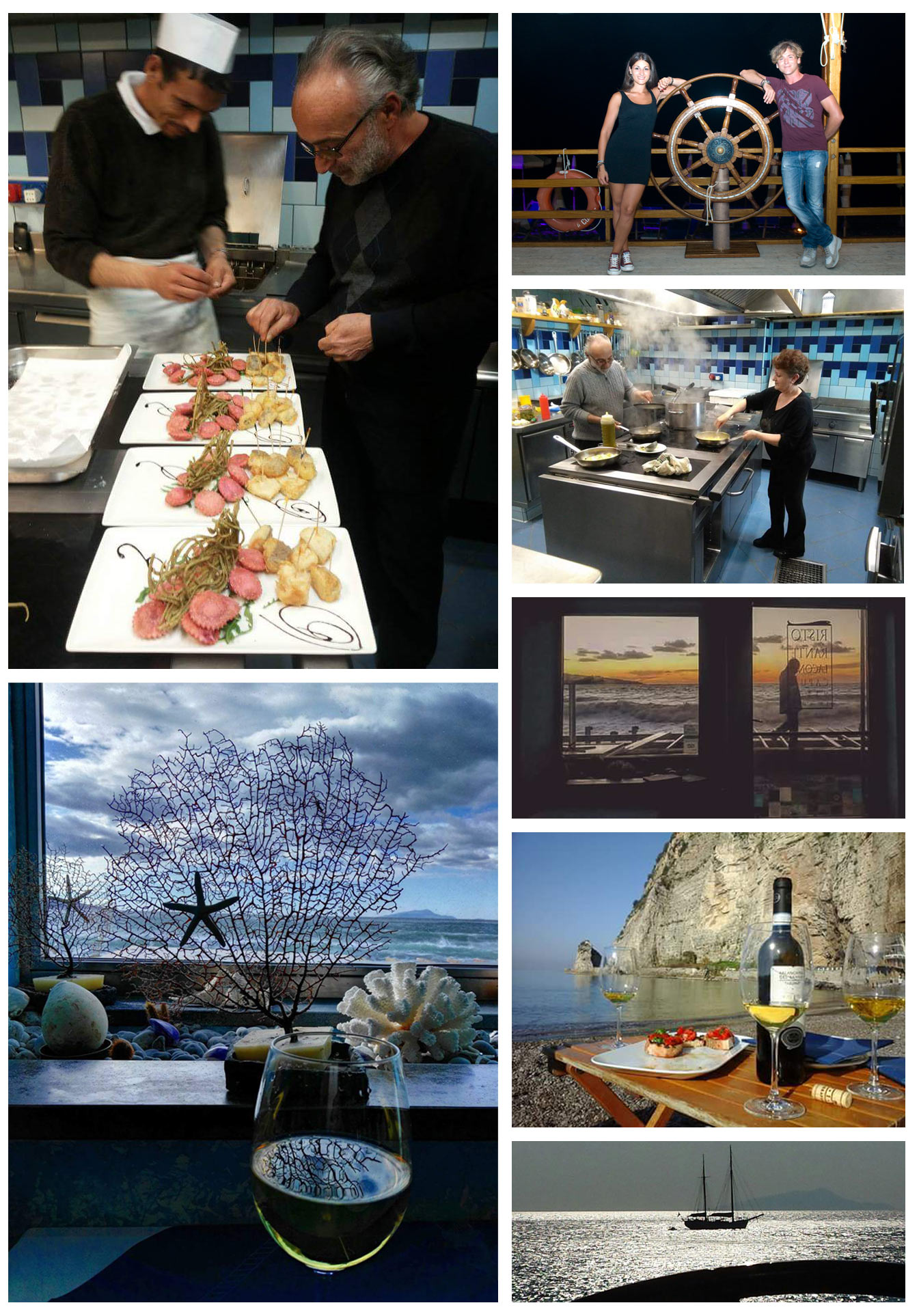